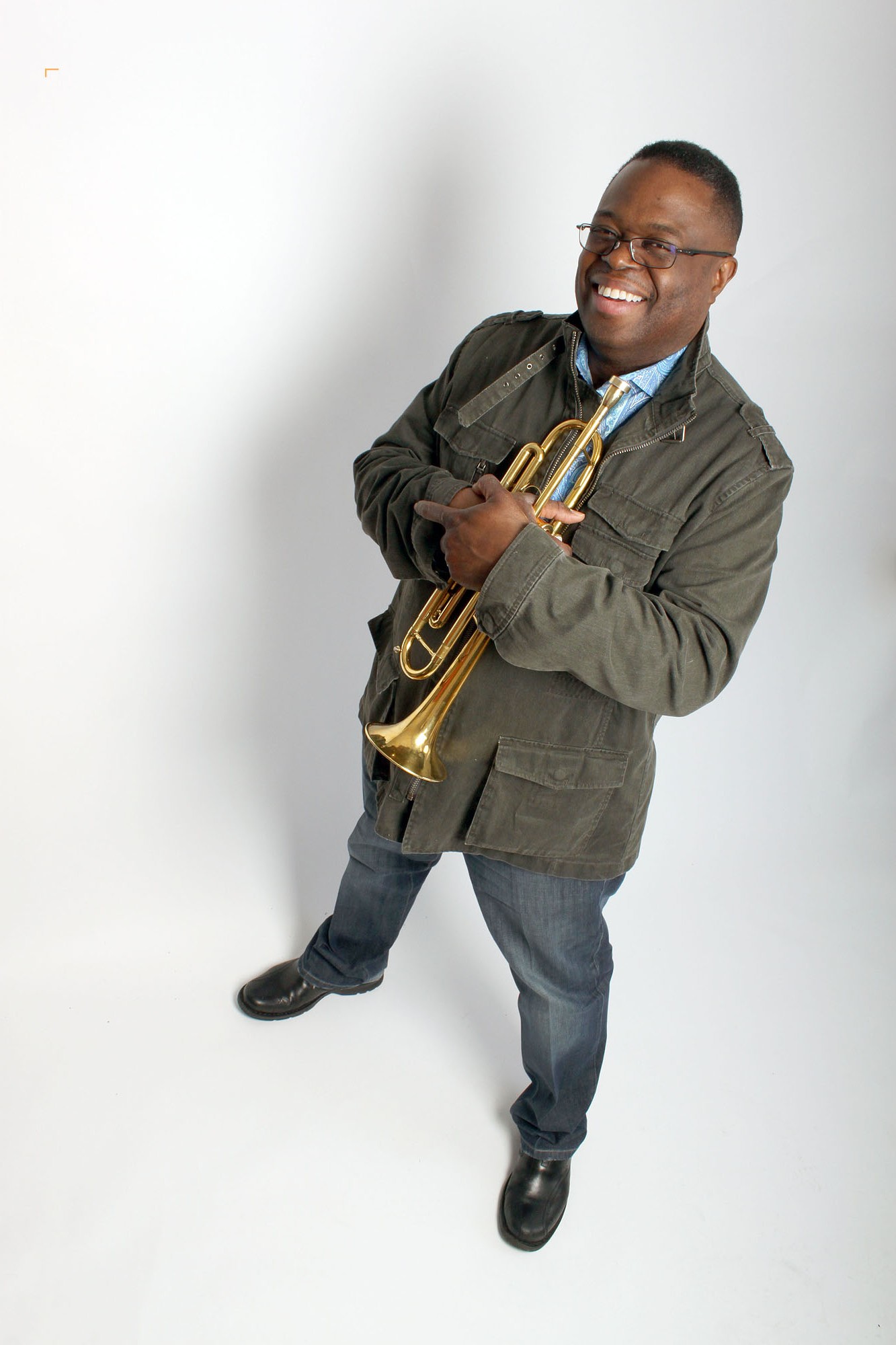 Emmy-Award winning trumpeter, composer and educator Orbert Davis is co-founder, conductor and artistic director of Chicago Jazz Philharmonic (CJP), a 55+ piece symphonic jazz orchestra dedicated to bringing together audiences of diverse backgrounds through multi-genre projects. Over the past 30 years, Mr. Davis’ mission-driven career has evolved successfully from ‘making it in the music industry’ to being a true leader in Chicago’s arts and culture community. He is widely respected in not only all things JAZZ, but also for the distinctive ability to use his musical talents to make positive impacts on society through arts education and advocacy.

In 1998 Davis founded “Jazz Alive”, the Arts Education outreach arm of Chicago Jazz Philharmonic is an interdisciplinary enrichment program that focuses on teaching life and academic skills through music and the Arts. Currently running in 12 Chicago Public Schools, the program also seeks to create and develop “jazz bands” at the elementary school level. In addition to the music education work that CJP does, Davis also co- owns and operates Discover Music: Discover Life, Inc. a company that develops curriculum and implements programs that uses music to teach academic and life skills.

Orbert has many composer commissions to his credit and has played key roles in major film and television projects, including his work as jazz consultant to Academy Award winning director Sam Mendes for the feature film “Road to Perdition” starring Tom Hanks and Paul Newman. Other projects include “Home and Away”, commissioned by The Boeing Company to honor our U.S. men and women in uniform, and an original score for the Emmy-Award winning national PBS documentary “DuSable to Obama: Chicago’s Black Metropolis” produced by WTTW, where Orbert garnered his Emmy-Award for its soundtrack. Additionally, Orbert was featured in the critically acclaimed documentary “Beauty Rises: Four Lives in the Arts”, also produced by WTTW and the Illinois Arts Council, and “Concierto for Generation I”, a work commissioned by Nissan/Infiniti, inspired by the 2007 Infiniti G35 Sedan. “Concierto for Generation I” was part of a 2007 “Infiniti In Black” national advertising campaign which included a 2-page full-color ad of Orbert and the G35 Sedan in the Ebony, Vibe, Essence and Black Enterprise magazines, as well as online video documentary presentations.

Orbert’s 2004 CD release entitled “Blue Notes”, was the follow-up to his critically acclaimed “Priority” CD, which garnered an LA Times 4-star review, hit Top-50 “most played on national radio” Jazz CDs in 2002 and was named Top-10 best Jazz CDs of 2002 by the Chicago Tribune. His 2009 CD release of Chicago Jazz Philharmonic’s “Collective Creativity,” an amalgamation of classical music and jazz, received rave reviews on the national stage as well. Orbert’s 2014 release, Chicago Jazz Philharmonic’s “Sketches Of Spain [Revisited],” an orchestral transformation of the 1960 iconic original by Miles Davis and Gil Evan, received rave reviews internationally. His 2016 release of Chicago Jazz Philharmonic’s “Havana Blue,” was the result of an extraordinary journey that led to the orchestra’s relationship with Havana, Cuba’s Universidad de las Artes (ISA) – a performing arts residency that coincided with the historic normalization of relations between the United States and Cuba in December 2014. “Paradise Blue,” composed by Orbert for the critically acclaimed theatre play of the same name, garnered him a 2017 JEFF Award for ‘Best Original Music’ in a theatre performance. Orbert’s latest recording, “The Chicago River,” commissioned by Symphony Center Chicago, is a 2-disk (CD/DVD) project based on the photobook by Richard Cahan & Michael Williams entitled “The Lost Panoramas: When Chicago Changed Its River and the Land Beyond.” Brought to life by Davis’ works, the DVD encompasses a cinemograph that will transport viewers back in time during the turn of the 19th Century, when Chicago reversed the direction of its river

Mr. Orbert Davis has a Bachelor’s degree in trumpet performance from DePaul University, a Master’s degree in Jazz Pedagogy from Northwestern University, and an Honorary Doctorate of Humane Letters from Governors State University. He is a former associate professor at the University of Illinois at Chicago and artist-in-residence at Columbia College Chicago. He lives in Chicago with his wife Lisa, their two daughters, Zoe and Sydney, and sons, Donovan and Benjamin.